The Birth Of Aesthesis 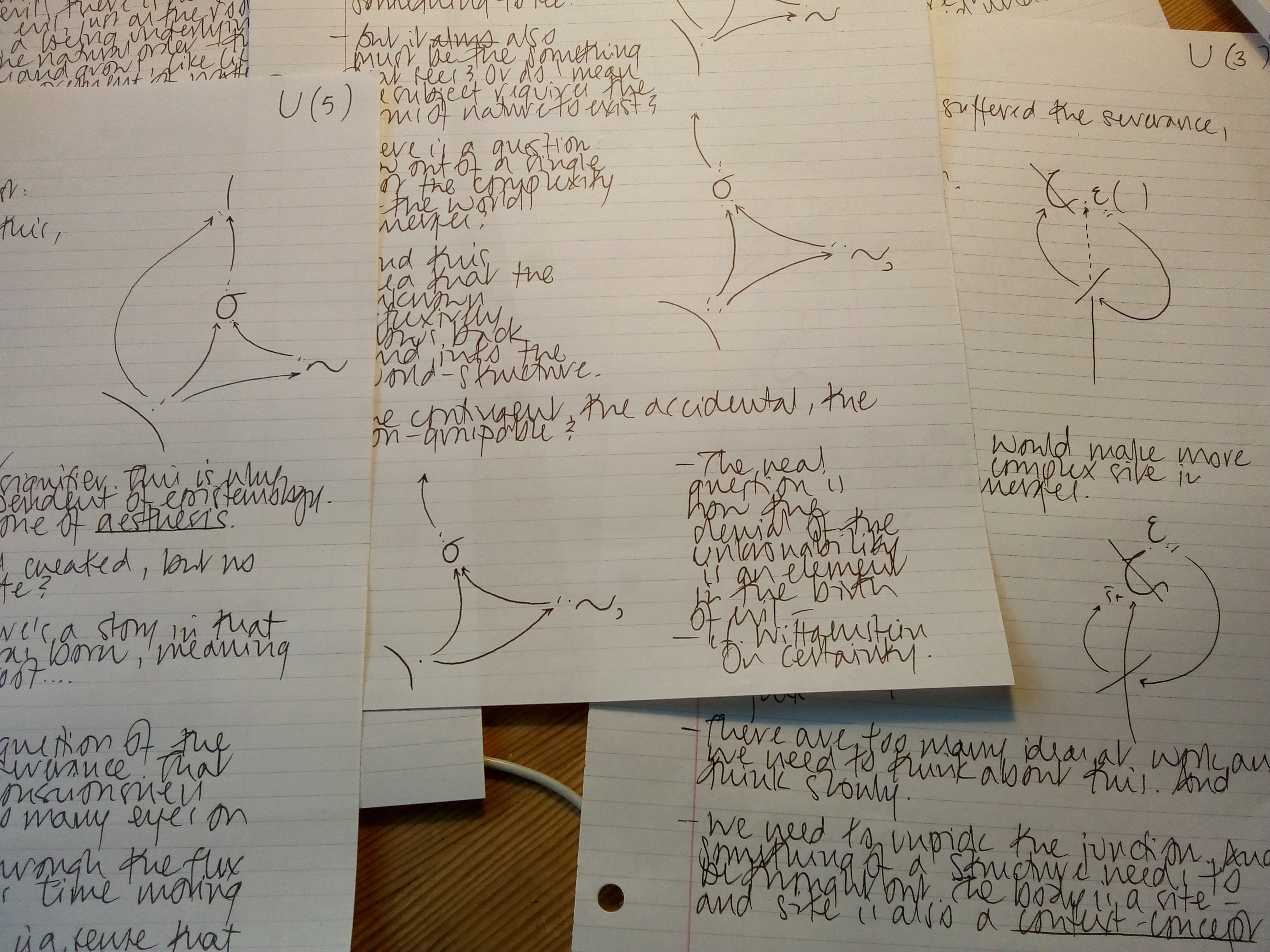 The Birth Of Aesthesis

Ali So Freddy, I was thinking about how forms, patterns, emerge out of the deeper semiotic field, the Heraclitean flux – and how, in particular, the beauty of form is closely linked to the root of nature and its unknowability.

Freddy Yes, we have often discussed this. I am intrigued by this drawing. It is new, isn’t it?

Ali Yes, I was with Nadim this afternoon. We stumbled into when we were working through the question of how evil is born in the world.

An Education that Resists Market Forces 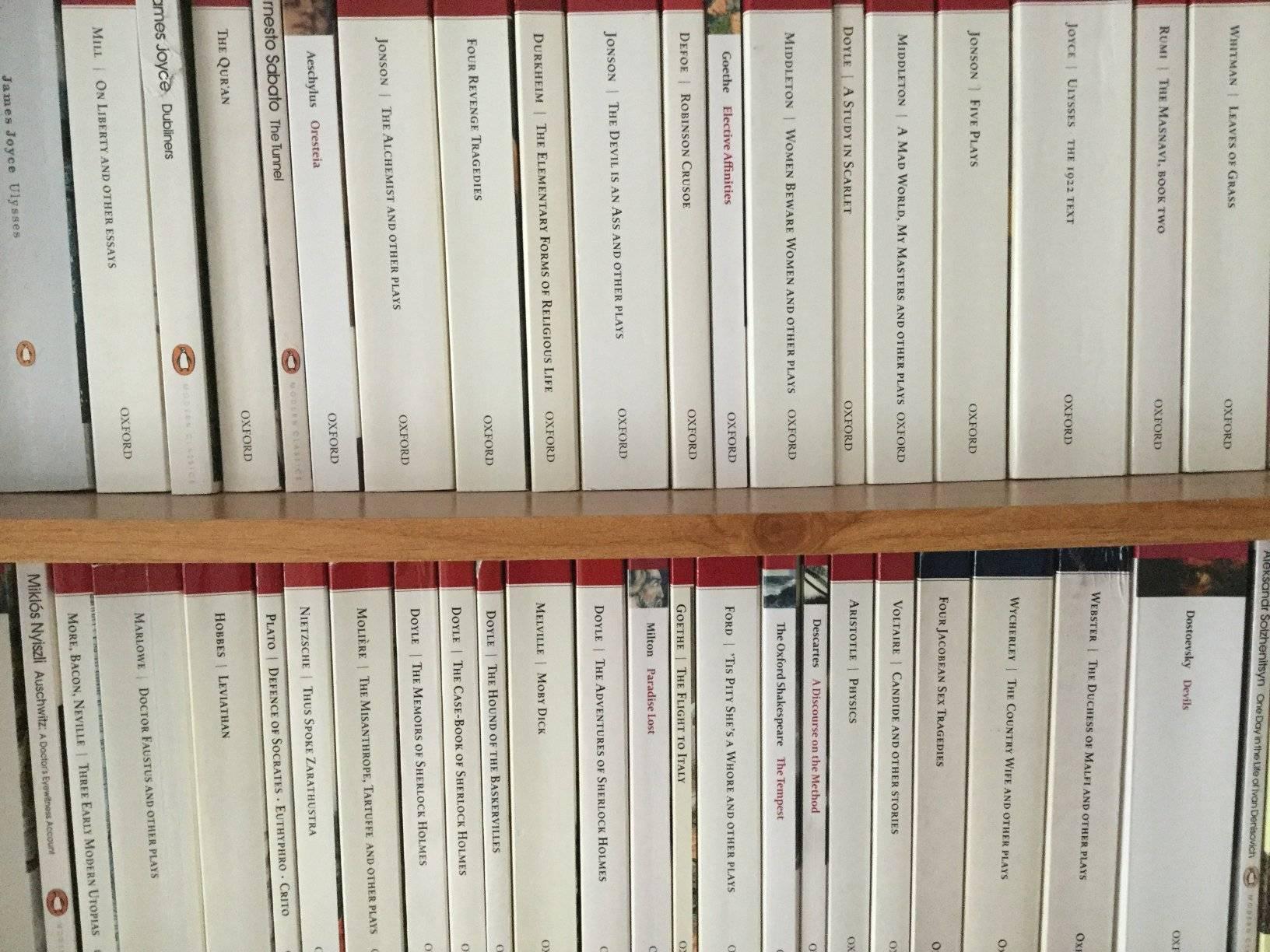 An Education that Resists Market Forces

John I heard an interesting idea.

John We haven’t talked for some time.

George No. That last series of conversations was really interesting. I went away and began working with Karl and Freddy.

John I went away and worked with an ecological philosophy group. That’s where I stumbled into this. One of the younger female researchers, working on the way ecological thinking runs counter to our current university specialisms, talked about the importance of doing more than resisting capitalism in education. It wasn’t enough, she said, just to critique the systems we move in. We need a new philosophy of education. We all know that funding and policy is driven by certain general ideas of the purpose of education. Criticising the narrow, economic orientation of much policy is just not enough.

George What else is there?

John To produce a philosophy of education, she said when I asked her the same question, to support the development of an ecological civilisation. 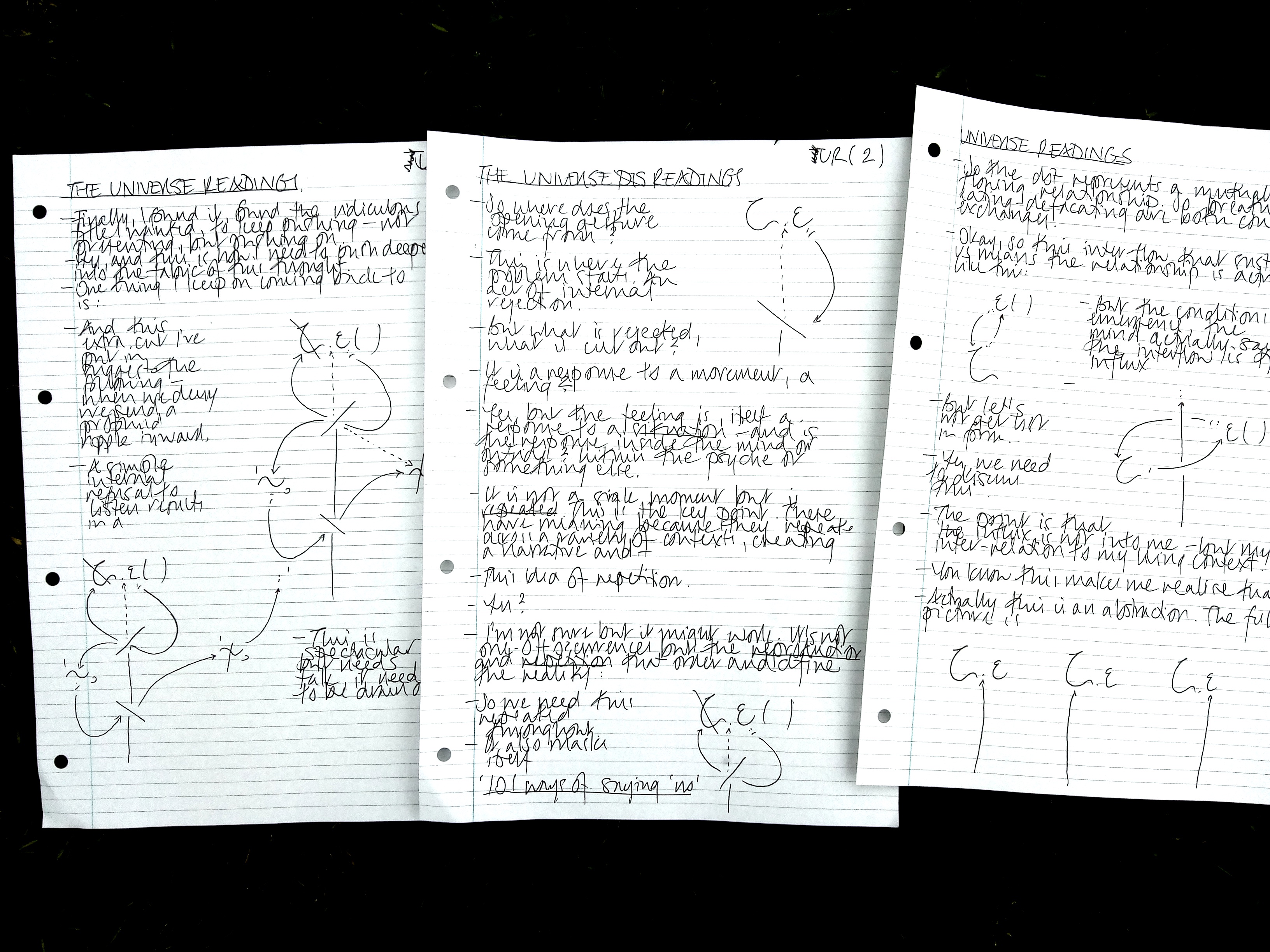 Nadim I call it ‘Urwerke’. It’s not entirely a joke, but there’s something slightly Dadaesque in the naming of it.

Karl Because it belongs to that tradition?

Nadim I think of Rene Daumal in ‘Pataphysics, Queneau & Perec in the OULIPO. Movements that break the categories that divide up experience, movements that restore a sense of wholeness.

Karl Your work wants to return to a deeper sense of experience? An experience that lies at the root of mathematics and art? 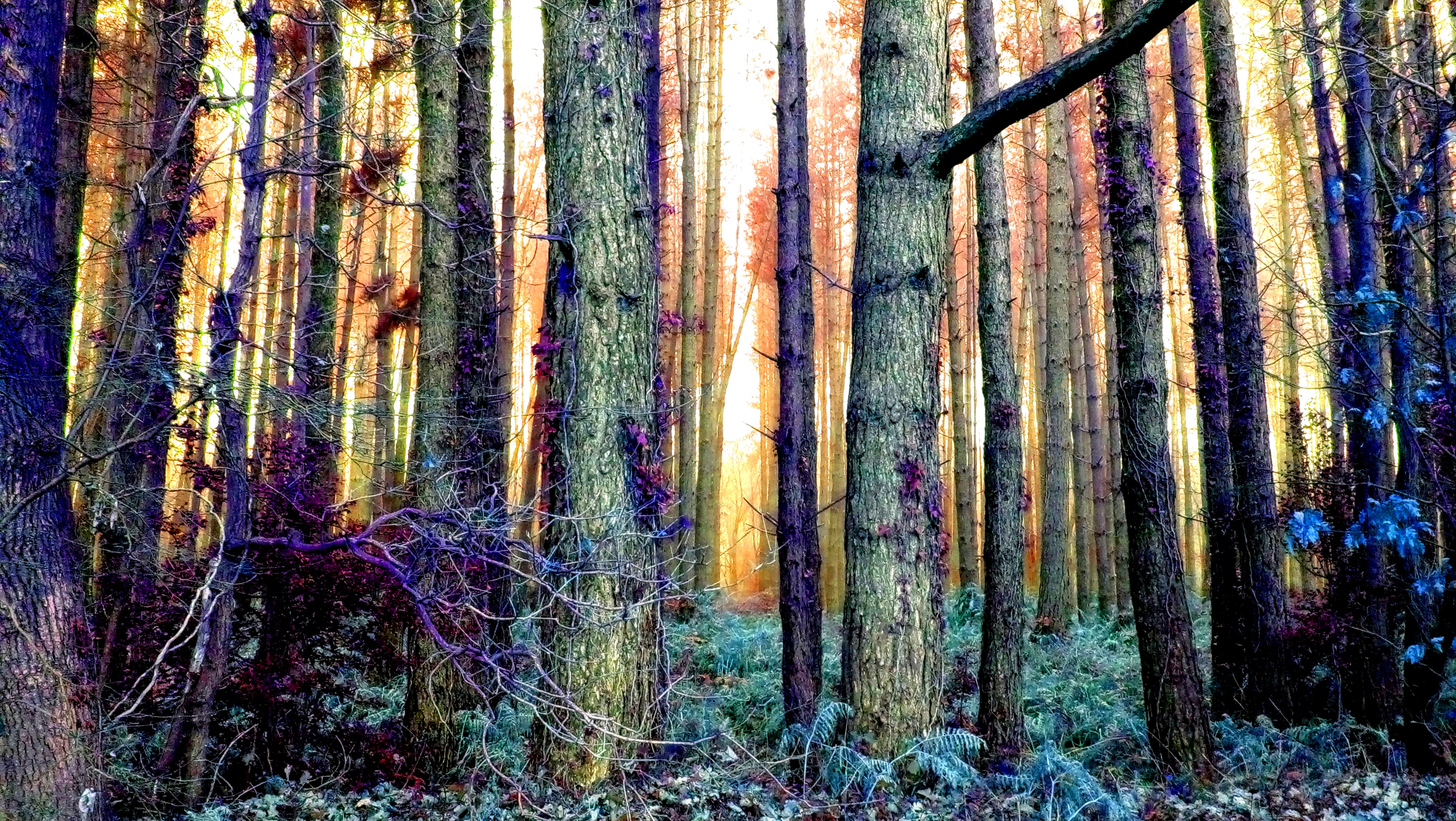