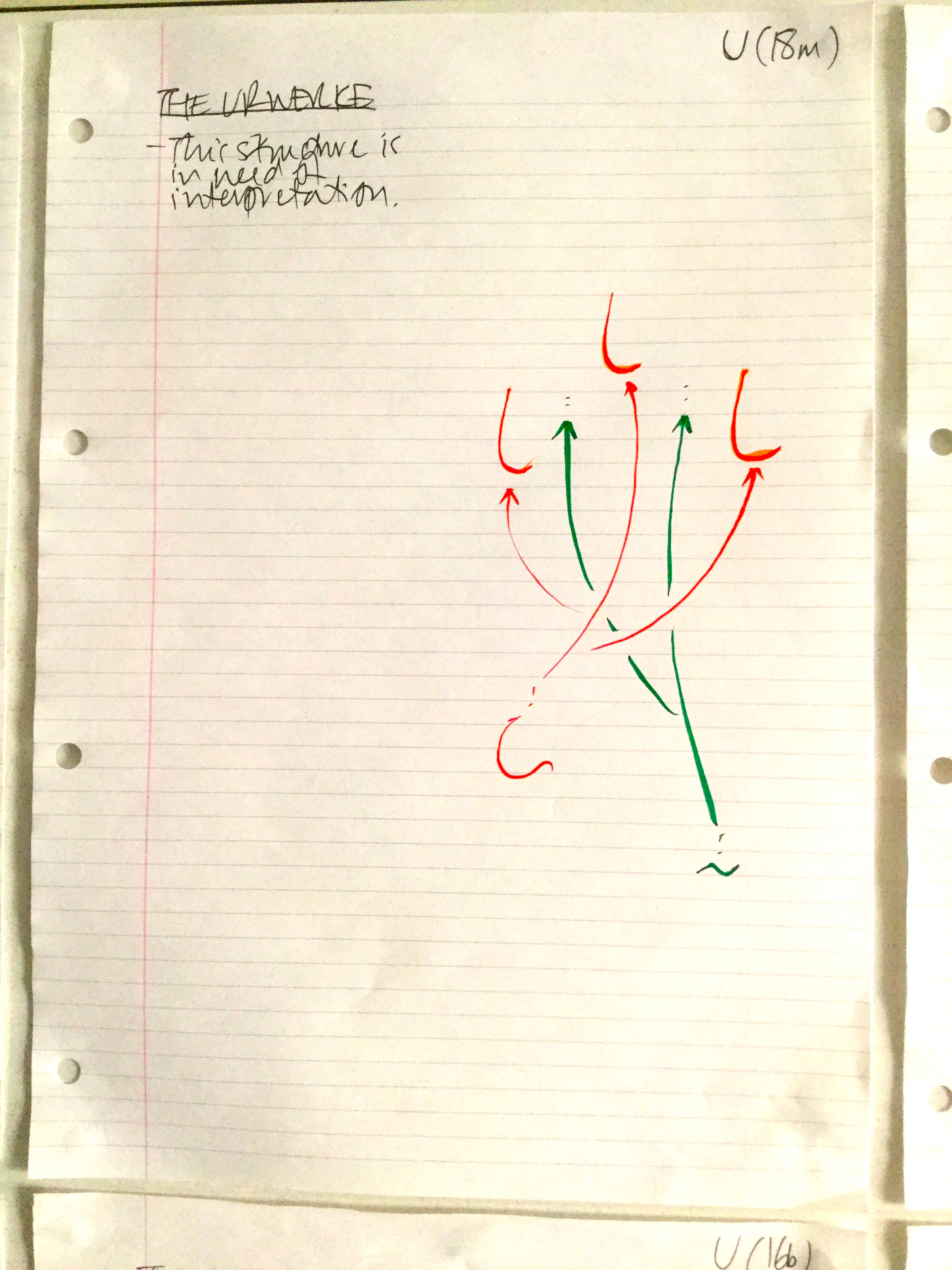 Karl I went for a walk this morning with the dog and found myself thinking about the sketch you made last night.

Ali I was tired and not sure if the others would agree with this picture – whether it breaks the basic grammar of this new thought-art.

Karl You seem to be saying that, the basic condition of our daily interactions are social, economic and political institutions. I get that. But interaction itself is always a potential act from within – like a plant growing in the cracks of concrete paving – and has the potential not just to subvert the institutions but also to move them in different ways –

Ali There is no inevitability of the way we move through working life. Yes, but I was also thinking about the way meaning, the field that in-forms the world, itself is a complex movement of formations that appear and dissolve, so what actually emerges grows out of complex dynamic conditions.

Karl Yes, I get that too. Don’t you mean that we are situated and emerge out of possibility, not necessity.

Ali Yes, I do. Nature does not emerge out of some pre-ordained plan, but grows and learns and changes. Just like our human forms of life. There is no inevitability about any of them.

Karl So capitalism is not inevitable?

Ali No, it is not. And if it is not then we have to look at the internal dynamics of our current modes of life that maintain rather than transform or change? Why are we voting for those who perpetuate the corruption and greed of capitalism, rather than a civic ethic which recognizes the community as a basic living condition for any human being?

Karl You’re criticising individualism again? So, what do you offer?

Ali Integrity. As a personal and institutional virtue. How much of what we have stays where it is because of the lies we tell ourselves and each other?