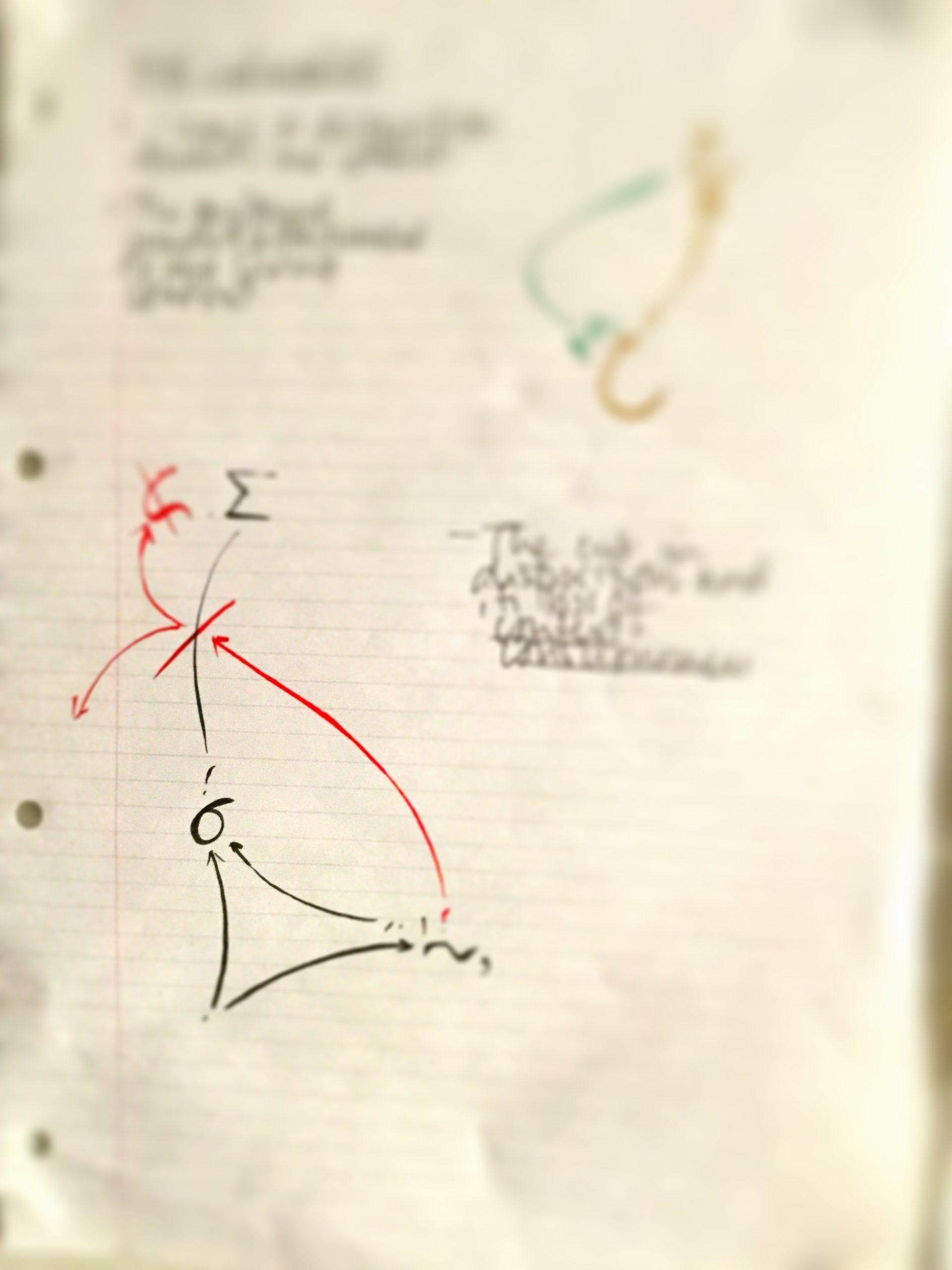 Karl What is a thought? What is thinking? Imagine we have been wrong about something so intimately close to us for such a long time. Imagine that thought, the image, the snippet of conversation, the feeling of anxiety that bubbles up – imagine all of it is a signifier. What does it signify? We interpret our own feelings largely by misrecognizing what this signifier is pointing to. It is so easy to simply think the signified object, event or situation is in time. but what if it is not? What if only some of what pours into our bodies point to situations, events, appearances, interactions, etc in time? What if we completely miss the root and object of much of our feeling?

Friedrich So you are saying this thought-art, this language of thought we have developed, captures both the complexity and beauty of the way our thinking is part of the natural order without sacrificing yourself to simple models of materialism or determinism or crude causality?

Karl I am. I think we both agree that human nature is a growth out of nature itself.

Friedrich A critical part of this is the idea of responsibility, both ethical and ontological responsibility. How we should act and what the nature of the universe is. But not only the universe. Our social formations are not pre-determined by some substratum in the material world – neither biological discourse or any natural scientific discourse properly articulate the relationship of our social formations to the whole natural order.

Karl You have said, in previous conversations, that collectively, we also form a subject. Are you saying this collective subject, the so-called ‘we’, encoded in our social practices, has its own ethical responsibilities? That politics is the frame within which our collective subjectivity acts in the world?

Friedrich Yes, partly. But also our ontologies fall into two broad categories: those that repress the connectedness of all things and those that form creative images of the connectedness of all things. And, ontologies fall into two further broad shapes – We either hold fast to the world made of some stuff or we let go and experience the world as a movement. If the world is built out of indifferent stuff then it arises without meaning, is empty and this thought-art, this metaphysical art is a waste of time. However, if the world is built out of a formless movement and this movement is essentially a movement of context-responses then…the whole fabric of the universe is shot through with meaning and significance. There is no inert inorganic world out of which – by some miracle of complexity – the organic world arises and then out of a further miracle a mind arises.